One night while putting the boys to bed, during the school holidays, our oldest asked if he could do a Watermelon Lapbook as he loves watermelon very much. I agreed and spent a lot of time trying to work out how to do this.

First we looked and talked about the watermelon (weight, size, colours, etc) and then we cut one open and talked about that. Next we made Watermelon Ice Blocks. For this we just blended up some watermelon and poured that into the ice block moulds until about half full, then the oldest boy added chopped up banana to his and the youngest added a few blueberries to his and then we filled the moulds up to the top. We left them overnight in the freezer. They were very refreshing the following day.

We also read a lot and researched the topic on the internet.

Here are some photos of what we got up to this week with the watermelon lapbook. 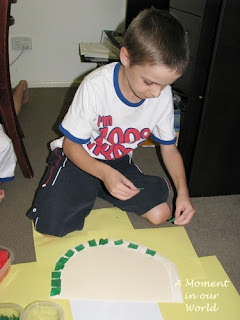 Finally the boys did their watermelon crafts. Our oldest glued on crepe paper on the front of his lapbook and the youngest did it on a paper plate to make them look like watermelons. 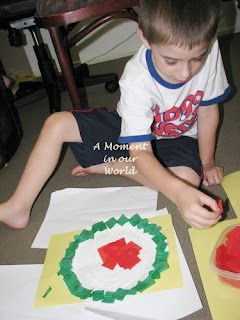 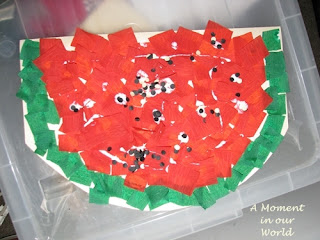 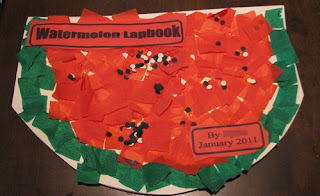 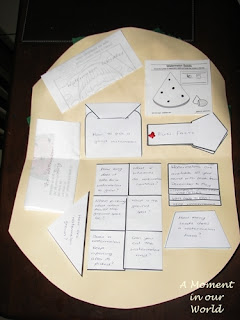 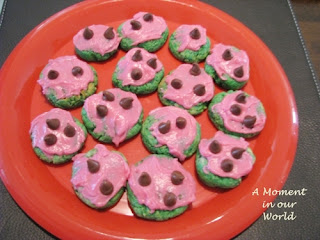 The boys also made Watermelon Cookies. They had a great time rolling the dough into balls and then icing them when cool. 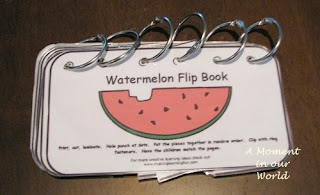 Next we made the watermelon flip book. The boys love trying to put all the same numbers together, so that really made it worth it. The Watermelon Flip Book is from Making Learning Fun. 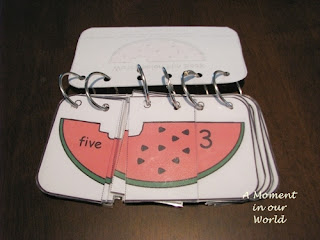