Wow!! When we first saw the name of this experiment, the boys were like “No Way!”
The skewer is too sharp and will pop the balloon. 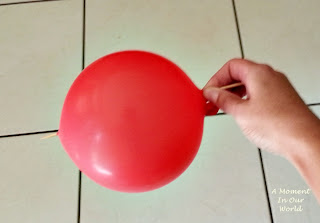 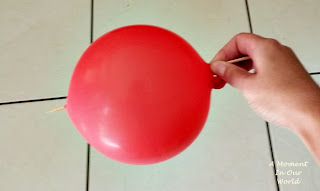 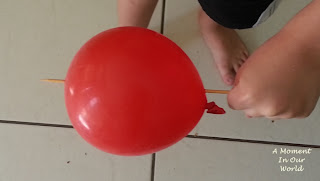 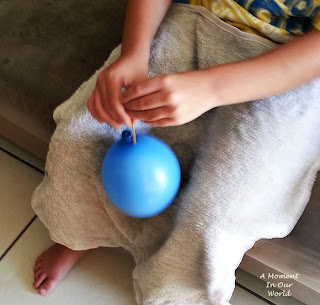 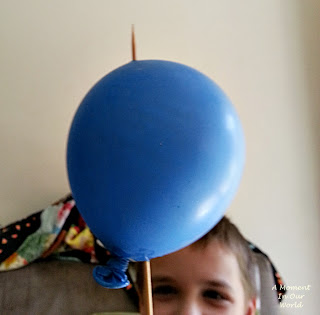 Why can you do this? Balloons are made of rubber called latex, which is made up of long chain-like molecules that are tangled together.
When a sharp skewer is slowly pushed, while spinning, through the balloon the chains are pushed aside, but remain bonded together. The oil helps the skewer to slip into the balloon more easily.
The areas that you push the skewer through are not as tightly stretched as the rest of the balloon, which allows the strands to have more give.

Skewer Through A Balloon – Utube

Linking to:
We Made That
Next Gen Homeschool
Upsidedown Homeschooling
123homeschool4me
The Dedicated House