I took the boys curtain down a couple of days ago, as it hadn’t been washed for like, ages. After taking it down, the room looked so much bigger and brighter. The curtain is a block out one, I put up when we first moved in as the setting sun comes through their window and they did not want to go to sleep back then as it was still light when they went to bed.
Now they are a lot older, go to bed a bit later and know they have to have a good night sleep, so they can play lots the next day.
I decided they still needed the curtain as the neighbours back light comes straight into their room and can be seen through the blinds. I didn’t want to put the whole curtain back as it kept getting caught on their beds, so I cut it up and now it ends at the bottom of the window frame. I made a curtain for the toilet window out of the cut off bit.

As I was sewing these up, the boys were quite interested in the sewing machine. They wanted to help me! So, when they went to bed that night, I did a little searching and came across this 10 Minute Pencil Roll.
It is basically straight stitching and so would be easy for the boys.
They loved putting their foot on the pedal and watching the needle go up and down. 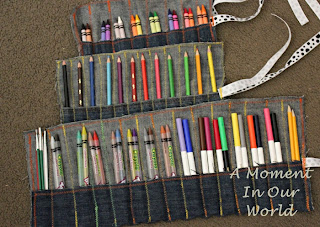 B helped make the top one and R with the bottom one.
I made the middle one as a trial the night before. 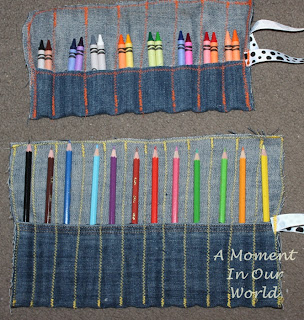 A closer look at the 2 smaller ones. 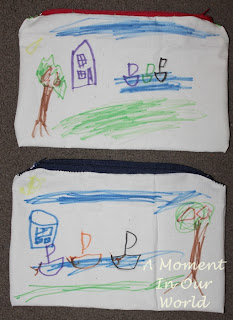 They also helped make these pencil cases out of calico.
I sewed in the zips – My first try at them, so they aren’t very good.
Then they drew on them with fabric markers.