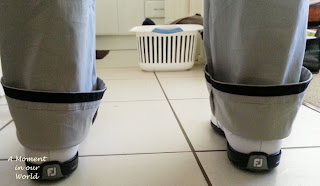 With winter coming, we have had to update our wardrobes as we have all either grown up or out in the last couple of months. We always have a problem with the length of long pants and jeans that we buy. I am short and they are always too long for me. We bought R some long pants and they fit him around the waist, but again, they are too long, same as hubby’s. Poor B hardly got any new pants, he was just given R’s hand-me-downs, which I did only buy last year.I am not much good at sewing, unlike my grandmas, and I dread having to take up everything.
UNTIL NOW!!I found this tutorial at Sew-much-ado and gave it a go. 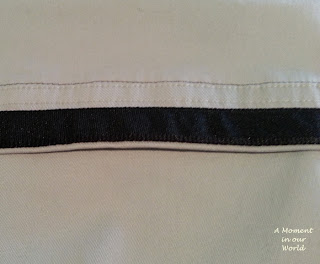 It was easy to follow and worked great. It didn’t take long to do either.

I measured up 4cm not including the original hem and pinned the right sides together. I then put the zip foot (This was new to me. I have never heard of a zip foot, and didn’t know that one had actually come with the sewing machine when I bought it and it also was extremely easy to change the feet, which I had never done before.)

I stitched (through both layers) right next to the original hem around both hems. 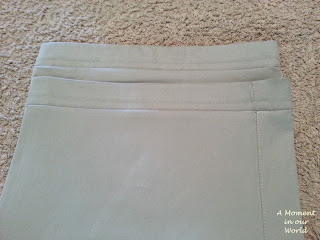 When done, I turned the folded edges in and tried them on – well hubby tried these ones on. They fitted great.

Then I trimmed off the excess fabric and zigzagged the raw edges so they wouldn’t fray.

Then I turned them in the right way, gave them an iron and we were done!!!

Yeah. It’s amazing what you can do when you find the right instructions!!