This week we finally got around to doing the Earthquake lapbook. We have been watching videos and looking at the photos of the Japan and New Zealand Earthquakes since they happened. We printed out a few of these photos to use in the lapbook.

We also read two books that we borrowed from the library: Earthquakes and Tsunamis by Terry Jennings And How does an Earthquake become a Tsunamis by Linda Tagliaferro. These were great books with loads of pictures of how the earthquakes and tsunamis happen.
We also made a peanut butter and jam sandwich with 3 pieces of bread and cut in half and used that to demonstrated the different faults and then the boys ate it. 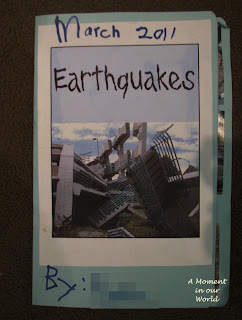 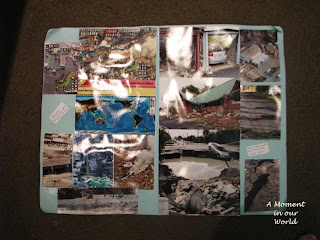 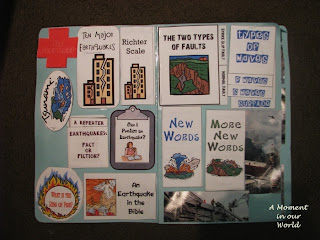 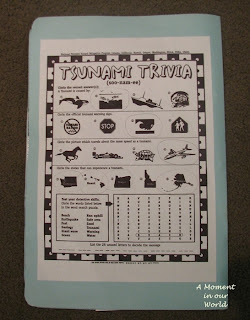 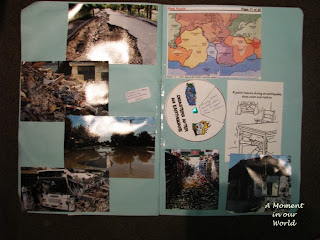