This week has been quite a busy week.

We had to collect the new waeco fridge, we went and took a look at the ‘detention centre’ at Robina, the car had some bushes and a wheel bearing fixed, our oldest lost his fourth tooth (this one was on the bottom, so only lost one on the top so far), and we received his Creation Book back from the competition he entered it into last year. Also with this was sent a letter saying that he could complete this topic of Biodiversity being doing a couple more activities and then he would receive a certificate from them, so we have been trying to do that too.

We also completed the Cyclone Lapbook this week.
For this we completed 3 experiments from the 365 Science Experiments book – Make your own hurricane, Tornado in a bottle and one called Wind force to observe the force of wind. We used a lot of photos from Cyclone Yasi in this lapbook as this is the latest one that affected a lot of people we know.
The only stuff I could find was a hurricane lapbook on www.homeschoolshare.com, so I printed this off and covered up all the hurricane words and changed them to cyclones. They also draw cyclone pictures with oil pastels on canvas. We used the oldest boys’ drawing on the front cover of his lapbook. 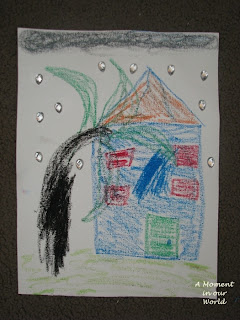 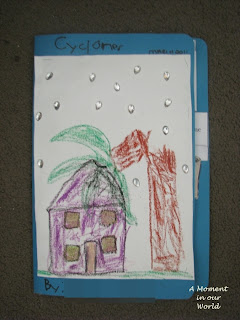 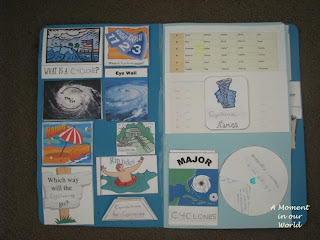 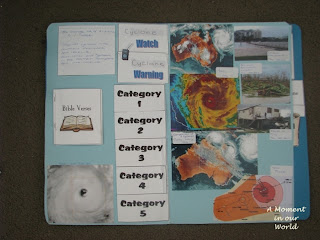 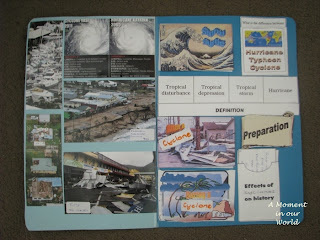