This Cheesy Bacon and Spinach Cob Loaf is a tasty dish that is sure to impress. The advantage with this recipe is very adaptable. You can literally add most things to the dip, though for this recipe I chose things that we love and had on hand;  cheese, bacon and have plenty of spinach growing in the garden.

Essentially, a round loaf of bread with the insides removed and a dip added, this Cheesy Bacon and Spinach Cob Loaf is easy to make and tastes delicious. To create this yummy dish, you will need a fresh cob loaf. 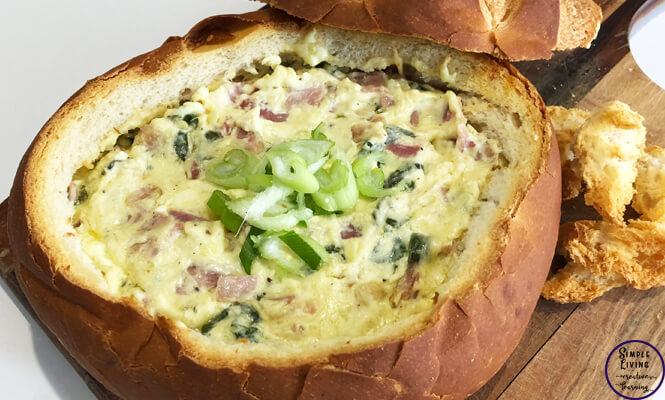 Then you just slice off the top, keeping it as a lid, and pull out the bread on the inside, creating a hollow round loaf. Once this is done, create your dip, pour it into the shell, add the lid and bake. Baking the chunks of bread that were pulled out, enables them to be used as dipping croutons.

This cob loaf can be made the day ahead, just cover with foil and re-heat at 190˚C, until the dip is heated through. 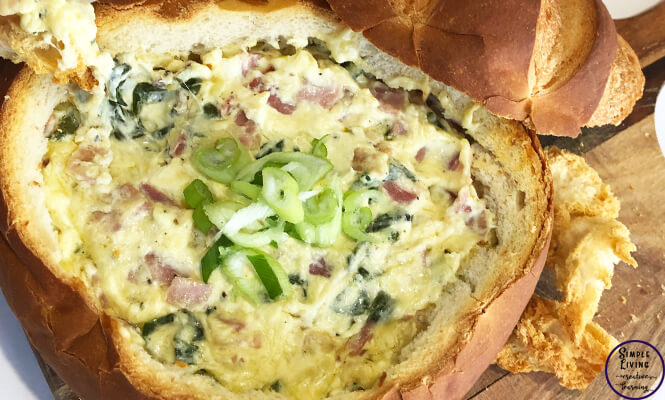 For the filling, I cooked the bacon and some spring onions in a frypan before adding the softened cream cheese and sour cream. By heating the filling for a few minutes before placing it into the cob loaf, deceases the cooking time which helps with not burning the bread, as the filling does take a long time to heat through.

Another tip is to cover the cob loaf in foil before placing it in the oven, to stop it from burning. Just remove the foil towards the end, when the bread pieces are added to help crunch up the top of the loaf.

Other ingredients that could be added are creamed corn, dried tomatoes, or a small packet of French onion soup. 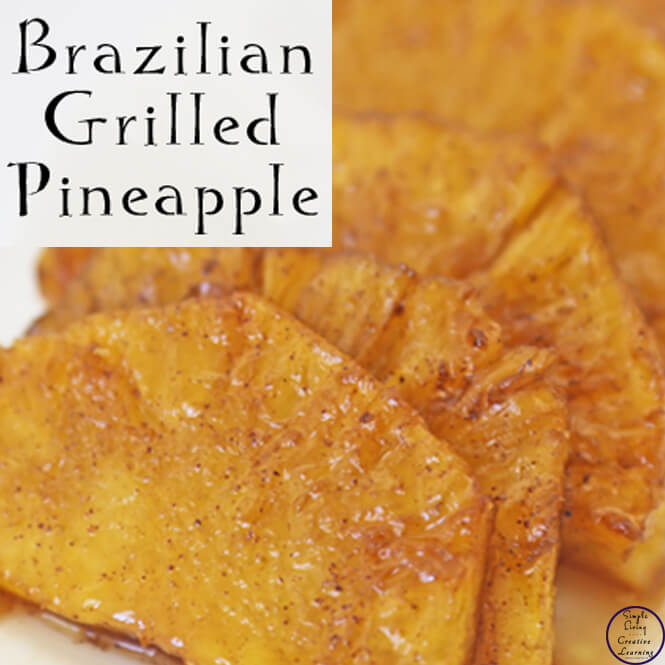 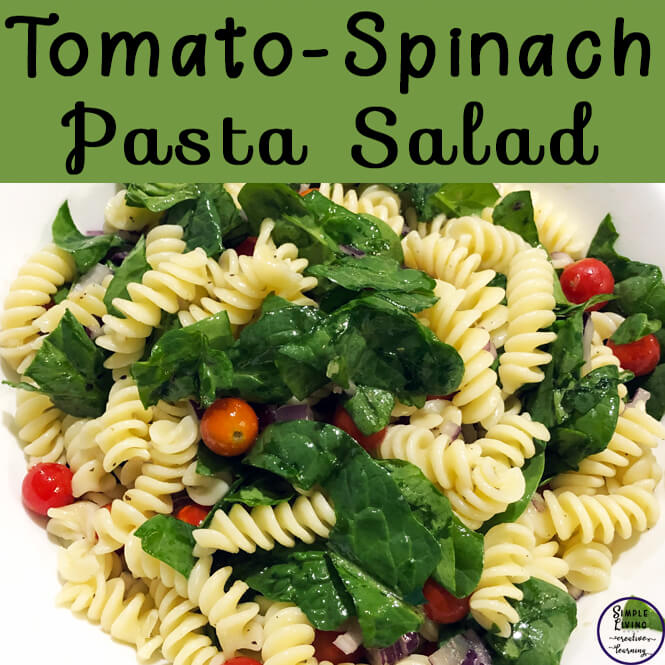 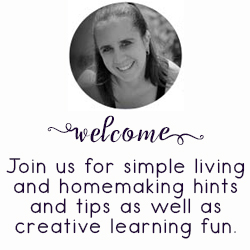